Jeanne Segal, Ph.D., was a therapist, author, and the Editor in Chief of HelpGuide for 16 years. She devoted her life to exploring the relationship between emotional intelligence and physical and mental health. Her goal, in everything she did, was to help people develop the emotional skills to repair their health, strengthen their relationships, and improve their lives.

Jeanne Segal held a Master's degree in Psychology and a Ph.D. in Sociology, with a specialty in Holistic Health.

She began her career in the late 1960s. As a licensed marriage and family counselor, she worked extensively at Jewish Family Service in Los Angeles and with a highly respected group of oncologists at St. Joseph's Medical Center. She also ran a busy private practice.

Her work at the Center for the Healing Arts led to a research project with cancer patients at UCLA. This study found that cancer patients who were in touch and comfortable with a wide range of emotions lived significantly longer than those who disowned their emotional experience. During the late 1970s, Dr. Segal co-coordinated a series of Los Angeles area community conferences for the Association for Humanistic Psychology (AHP). These conferences pioneered the introduction of holistic health principles and practices to the general public. Dr. Segal was intrigued by the idea that you — as well as your doctor — were responsible for your physical and emotional well-being. She coordinated nearly 80 local AHP members to plan and produce each three-day weekend conference, with an emphasis on building relationships and community.

In 1993 and 1994, Dr. Segal co-coordinated two community conferences entitled From Neurons to Neighborhoods. The second conference produced a 30-minute documentary video about psychological and emotional trauma in children taken from interviews conducted at the conference. The documentary serves as an overview to help recognize, prevent, and heal psychological trauma in children. Internationally recognized authorities in the field of childhood emotional trauma, including Drs. Bruce Perry and Daniel Siegel, offer new insight and information about the origins of developmental and relationship problems, as well as problems associated with PTSD later in
life. 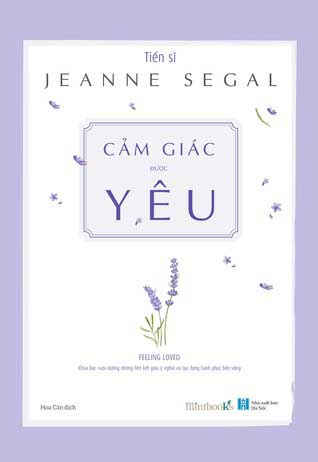 The Language of Emotional Intelligence: The Five Key Skills for Building Powerful and Effective Relationships (McGraw-Hill,
2008) Raising Your Emotional Intelligence: A Practical Guide for Harnessing the Power of Your Instincts and Emotions (Henry Holt, 1997) Living Beyond Fear: A Tool for Transformation (Newcastle
Publishers, 1984)